Who is MS Dhoni?

Mahendra Singh Dhoni, is an Indian international cricketer who captained the Indian national team in limited-overs formats from 2007 to 2016 and in Test cricket from 2008 to 2014.

In the list of world’s most famous and most popular cricketers, Mahendra Singh Dhoni owes a respectable place. He is considered as the best cricketer in India. He is also among the best wicket keepers.

He made his debut in December 2004 and this debut was against the team of Bangladesh.

His fans call him MS Dhoni – or Mahi as everyone calls him fondly – is a brand in himself.

He is loved by everyone due to his cool attitude, good looks and professional way of playing cricket.

MS Inspired Millions of people from his Personal Life as well… Even Featured film was directed and released all around the world named “M.S. Dhoni: The Untold Story”.

He may be the ‘ex-captain’ but his personality and charm continues to motivate us Indians even today.

MS Dhoni Cricket Records that will Leave you Stunned!

Mr. Dhoni is a Super Cool Captain I Ever Seen a Player like him in the Cricket Life.

A True All Rounder In Life!

I am Going to Share My Favorite Motivational and Inspirational Quotes  From Mahendra Singh Dhoni !

You Can also Add your favorite Quotes from MS- Dhoni… If I missed it..

These Motivational Quotes from MS Dhoni will help us to be successful in our profession!

ODI Records of Dhoni are;

Test Match records of Dhoni are;

The highest score of MS Dhoni in the test match was 224 which was made against Australia.

Test match records of Dhoni are;

T-20I Records of the Dhoni:

Dhoni has played 98 T-20 international matches and scored 1617 runs at an average of 37.6 while scoring just 2 half-centuries.

T20I Cricket of Dhoni are;

In concluding, it can be said that Mr. MS – Dhoni is a great player in the Indian team.

His greatness can be proven with the help of the above-mentioned data. He has scored around 17,216 runs in all formats of international cricket with the help of 16 centuries and 130 half-centuries. Personally Inspired Millions of People All Around the World.

Last IPL: vs Mumbai Indians at Rajiv Gandhi International Stadium, May 12, 2019.. TO BE CONTINUED… 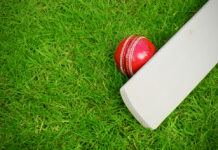 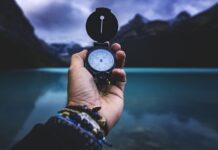 What is True Independence Means? 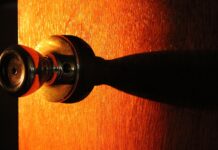 Look for Opportunity, Not Security!